Review: The Mortification of Grace Wheeler by Colette Dartford

No doubt a story that will resonate with many empty nesters, Colette Dartford's debut novel brings the intricacies of a close-knit family into the spotlight and examines what cracks appear when big changes come.

Grace, the leading character, is struggling when her son, Josh, heads to university. After a shocking revelation from her husband, Cal, Grace is anxious about if she wants to keep pursuing her marriage. Wanting to feel closer to Josh, she signs up for fishing lessons - a great hobby of his - and gets drawn into the orbit of her young, handsome fishing instructor.

Grace, whom has never had an affair, or done anything outside the box, finds a new thrill to pass her days. But a secret like this will never last long, and soon it threatens to tear apart not just her marriage, but those closest to them.

Colette Dartford examines the different choices that the characters make without judgement or shame; it's emotional, tense, and deeply empathetic to the situations adults can  find themselves in later in life. It's a story that is well-paced and carries through to an ending that's surprising but fitting.

Review: The Lost Diary of Samuel Pepys, by Jack Jewers

The Lost Diary of Samuel Pepys imagines what would have happened after Samuel Pepys had stopped writing his famous diary.

The start of the novel sees Pepys escaping barely clothed from a brothel in London that has been set on fire. When he eventually returns home - dragging his feet, wanting to avoid confrontation with his wife - he discovers that she has cracked his not-so-cryptic code and finds out how he's been playing around behind her back.

Shortly after, the Duke of Albermarle gives him a dangerous task - to go to Portsmouth and uncover what he suspects to be corruption, as well as the murder of an agent of the Crown.

When Samuel arrives in London, along with his assistant Will, they quickly discover that there is far more to this than a simple cover-up.

Hilarity, chaos, and tensions ensue, not just domestically but with serious threats from aboard. The story quickly evolves from a straightforward whodunnit to a mystery that is reminiscent of Sherlock, though Samuel and Will are not quite so quick off the mark as Sherlock and Watson were. Samuel and Will discover layers and layers of secrecy, not least of all from Charlotte de Vere, a wealthy widow with a lot more to her than meets the eye.

Described as "Bridgerton meets Sherlock", I would describe this novel as heavy on the Sherlock and not so much on the Bridgerton (there is no romance in it, after all, and takes place way before the Regency period". It's more of a historical mystery with good lashings of the thrill of the chase, topped off with a good illuminati-esque reveal. It's very entertaining, puzzling, with a satisfying reveal at the end. 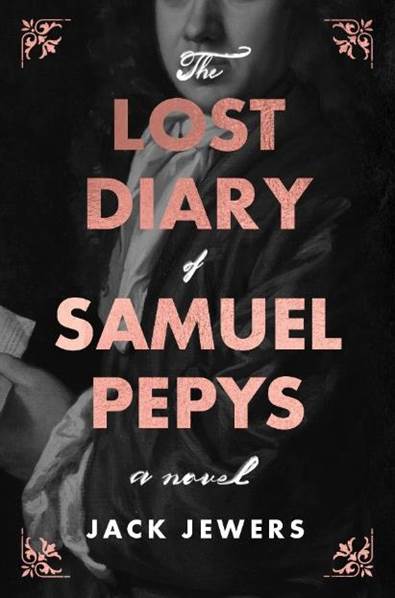 Review: How To Kill Your Best Friend by Lexie Elliott

What could have been the holiday of a lifetime quickly turns into a holiday from which to be rescued...

Georgie, Lissa, and Bronwyn - best friends since university - were inseparable, but Georgie and Lissa even more so. However, circumstances created distance between them all.

Lissa and her husband, Jem, opened a luxury resort on an island in South-East Asia. Georgie worked in New York, and Bron became a stay-at-home-mother after a successful career in accounting.

All are summoned to this island when Lissa is pronounced dead after witnesses saw her go swimming, never to return.

Business trickles slowly away, and suspicions arise amongst the remaining guests - all those who knew Lissa. Georgie is the first to air these suspicions, and once the can of worms is opened, nothing will ever be the same.

The novel is well-paced, laced with adrenaline and red herrings, and utterly readable in one sitting. I wouldn't recommend reading well into the night - you'll start to jump everywhere you look - but it is a perfect combination of a beach read and thriller.

This brilliant Peruvian writer has distilled a plethora of different family and relationship dynamics into twelve short stories.

They range from the ordinary (The Hunger Angel, with 68 distinct memories that coalesce into a stark picture of life from 2 to 68) to the fantastical (Where The Hunt Takes Place, in which a family are contending with a mysterious beast that attacks their house nightly). Some, like We, the Shipwrecked, read more like poetry than prose.

Every reader will be able to identify with the sharp flashes of memory this collection of short stories invokes, from the most mundane and random, to memories or periods of time we would rather bury (such as This Is The Man). There is no neat ending, or order, per se, to these stories. They are like a series of vignettes that allow us to examine the fictional lives of others and see if they reflect our own experiences.

Here Be Icebergs is publishes by Charco Press. 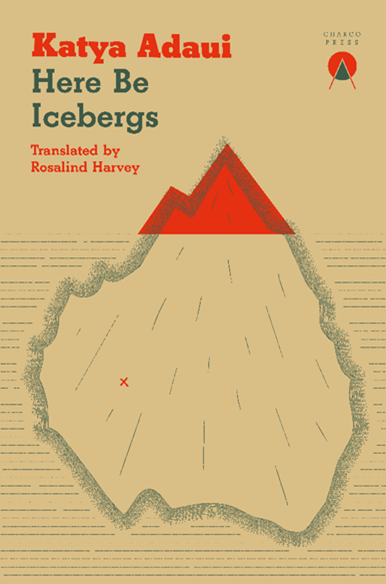 She stood on the edge of the white cliffs and music drifted around her in the wind.
The folds of her dress billowed around her while her hair tied itself in knots, caressing her cheeks. She tucked it behind her ears and looked out to sea.
Clear, blue water glinted in the sun, a deceptive veil hiding its sheer power.  She looked to the tides and followed them as they crept forward. Crests of pure white frothed and churned. She longed to follow the path down to the shore and feel her feet soothed by the sea.
But no, she had to stay where she was, lest she missed it - the first glimpse of the ship that was bringing him back to her.
She cast her mind back to when she saw the ship for the first time. She placed it now, just so, on the horizon. She heard the sound of its horn signalling its arrival.
She had been much younger then. Sixteen, fresh-faced, anticipating the return of her father. But then she saw him, glorious him, for the first time. her father had taken him under his wing. But it was years before he truly saw her for the first time.
And it was just in time. She thought she knew where she was going, but truly she was lost. It took someone whose life was rooted in impermanence to help her struggle through nights that were fraught with uncertainty.
She remembered the way the lanterns flickered in the trees when he pressed his lips to her cheek for the first time. The smell of the spring rain when he uttered the three words she had been yearning for. The gloomy grey of the clouds when he told her he had to leave.
The compelling music of his promise to return. And her pain that she couldn't trust it.
Still, she looked to the horizon. Twisted the silver band around her finger. Felt the life spring within her when she finally spotted the ship that had brought so much more with it than brave men and women.
Love. Hope. Promises that were kept. She counted the precious hours they had together this time and allowed herself to smile freely.
Posted by Rebecca at 03:52 No comments:

In this universe, Texas has seceded from the United States. Texas is now an authoritarian country in its own right, with travel in and out strictly forbidden. Everyone is required, by law, to have a gun.

Blue grew up with her father, her mother having fled Texas before the changes. Though her mother was desperate to leave as a family, her father kept Blue behind.

Blue is no stranger to hardship in her life but things get worse when her friend is killed by a gun accident that gets blamed on Blue. Blue decides on the only thing she can do - she runs for the border. She meets a young woman on the way, called Jet, who is fleeing so she can seek an abortion.

It’s eery that I read this book for review just as the six week abortion restriction was made legal in Texas. It’s also frightening how so many elements of this book weren’t so far away from the truth. While Lori Ann Stephens has written a fantastic YA novel in its own right, it’s almost as important to note the lessons within, that Texas seems on its way down the slippery slope to the world of this novel. The friendship that Blue and Jet have is founded on fear and mutual survival but develops into something much stronger. Though they face many obstacles, they find the strength they need in each other.

the ages and arrives at the present day with an urgent call to arms for each and all of us. As

we battle our enemies within and without, will we choose to rise up to the call of our courage

or blush and bow down to the whispers of our cowardice? Our answer to this question is 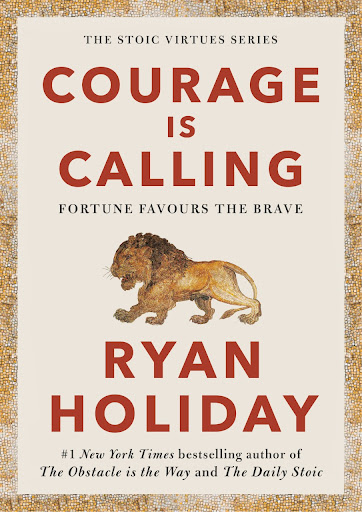 In this first part of a four part series, drawing on the 4 Stoic virtues, Ryan Holiday examines the virtue of courage - what it means, how we can apply it in our lives, and how we can be inspired by leaders and figures from the past. From Florence Nightingale, who defied Victorian upper-middle-class convention, to the famous stories of the Spartans who stared down the mighty Persian empire, Ryan Holiday emphasises the very much ordinary nature of these people in order to inspire us to make courageous decisions in our own lives. For example, Florence Nightingale didn't immediately rise from obscurity to become one of the world's most famous nurses. It was small decision by small decision, starting with having the courage to defy her family.

In between each story, Ryan uses his own interpretation of Stoicism and writings on courage to create his own thesis about what modern-day courage looks like, and how it doesn't need to be huge acts to be noteworthy. It can be saying "no" to something you find immoral or unethical. It can be saying "yes" to something that takes you out of your comfort zone. And each courageous decision can accumulate to be life-changing.

Rebecca
Hello! My name is Rebecca Finlayson and I am a History teacher who loves reading and blogging about books. I live in Coventry, UK. Please note, I am not currently accepting books for review.